Joint Statement: The IUPAT Applauds Passage of The Respect for Marriage Act 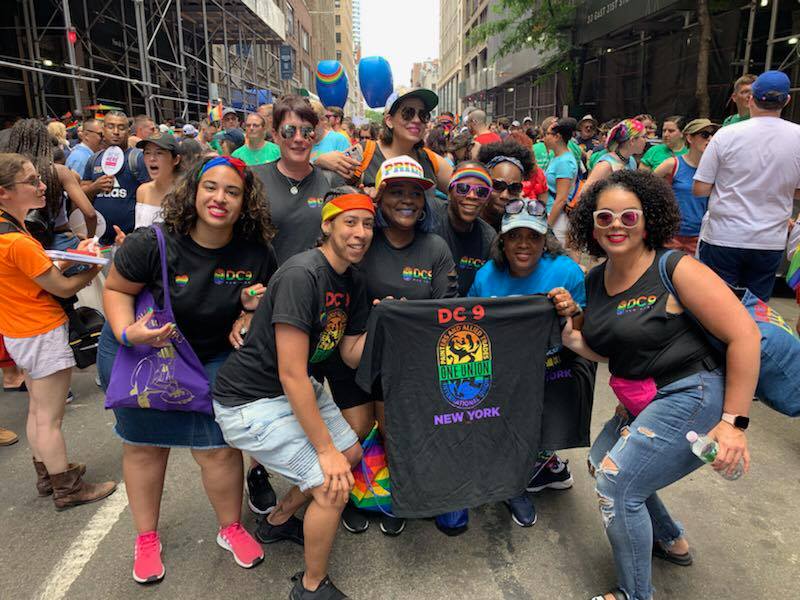 International Union of Painters and Allied Trades General President Jimmy Williams, Jr. issued the following statement regarding the passage of the Respect for Marriage Act:

“I applaud Congress and the Biden-Harris Administration for moving quickly to codify the right to marry for all and to ensure the rights of millions of people are not upended. Working people should always feel free to be who they are; this is an important step in the right direction for all of us. While I’m disappointed that something as important as the right to marry was not a unanimous vote, the fact that this was bi-partisan legislation is encouraging. We must continue to hold elected officials accountable for supporting the rights of all people.

One of my first actions as General President last year was to create an LGBTQI+ constituency committee within the IUPAT. This committee is composed of LGBTQI+ identifying rank and file and staff within our union. Their work is to give a voice and priority to issues affecting our LGBTQI+ members in their work and in their lives. I believe that if we do not first take our own members’ concerns with the utmost sincerity, we cannot hope to organize and fight for change across our society.”

“Recently, our community was shaken by the murders of 5 innocent lives in Colorado Springs. This attack felt like a setback for our community. LGBTQI+ places of sanctuary all over the country continue to be attacked, in some cases very literally. While our community is still grieving, there is so much hope and pride within our Committee with the passage of The Respect for Marriage Act.  We thank and support our elected leaders who voted to take steps forward to protect all Americans, regardless of who they love.”