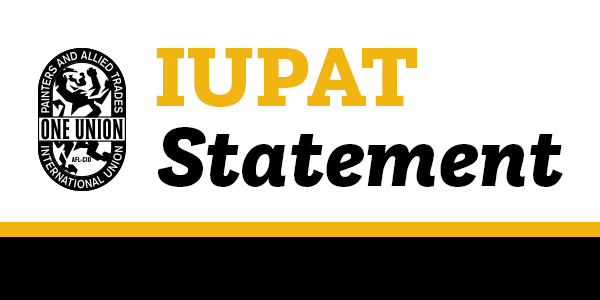 “IUPAT applauds the Biden administration proposal to modernize the Davis-Bacon Act.  Davis-Bacon is longstanding and vital US policy that establishes a wage floor for millions of U.S construction workers across the country.

“It has been decades since the DOL last updated the Davis-Bacon Act. Wage theft continues to plague workers in our industry, even when they are funded by taxpayer dollars. In the wake of the bipartisan infrastructure bill, this proposal is sorely needed.

“The proposal would update regulations and restore the Act’s intended purpose to protect those workers and shield them from exploitation. We applaud President Biden and Secretary Walsh and appreciate their efforts to ensure every worker is paid a family sustaining wage.”