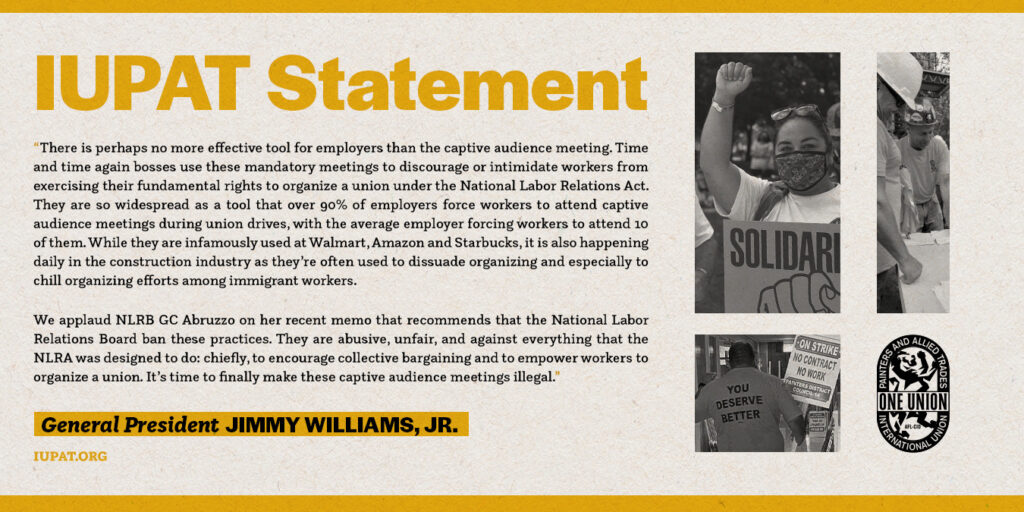 “There is perhaps no more effective tool for employers than the captive audience meeting. Time and time again bosses use these mandatory meetings to discourage or intimidate workers from exercising their fundamental rights to organize a union under the National Labor Relations Act. They are so widespread as a tool that over 90% of employers force workers to attend captive audience meetings during union drives, with the average employer forcing workers to attend 10 of them. While they are infamously used at Walmart, Amazon and Starbucks, it is also happening daily in the construction industry as they’re often used to dissuade and chill organizing efforts among immigrant workers.

We applaud NLRB GC Abruzzo on her recent memo that recommends that the National Labor Relations Board ban these practices. They are abusive, unfair, and against everything that the NLRA was designed to do: chiefly, to encourage collective bargaining and to empower workers to organize a union. It’s time to finally make these captive audience meetings illegal.”