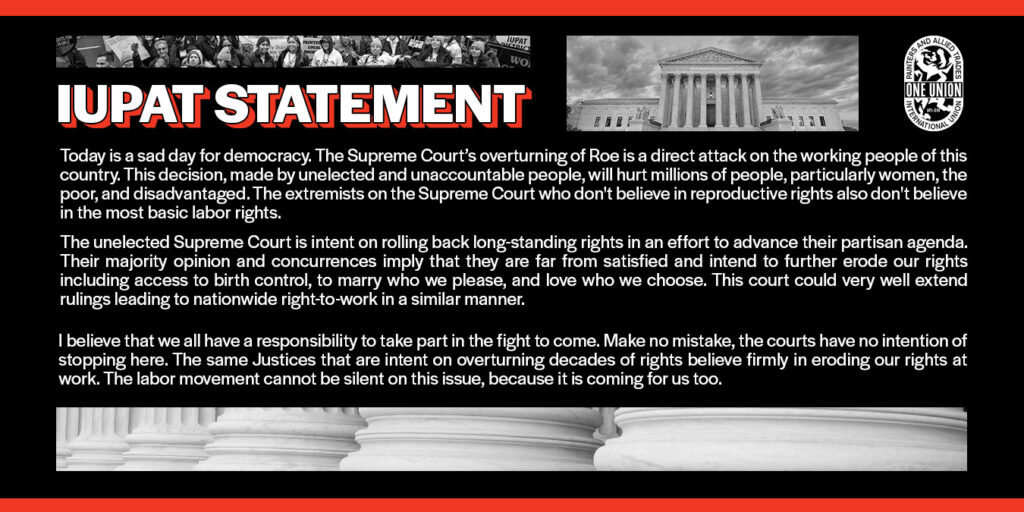 “Today is a sad day for democracy. The Supreme Court’s overturning of Roe is a direct attack on the working people of this country. This decision, made by unelected and unaccountable people, will hurt millions of people, particularly women, the poor, and disadvantaged. The extremists on the Supreme Court who don’t believe in reproductive rights also don’t believe in the most basic labor rights.

The unelected Supreme Court is intent on rolling back long-standing rights in an effort to advance their partisan agenda. Their majority opinion and concurrences imply that they are far from satisfied and intend to further erode our rights including access to birth control, to marry who we please, and love who we choose. This court could very well extend rulings leading to nationwide right to work in a similar manner.

I believe that we all have a responsibility to take part in the fight to come. Make no mistake, the courts have no intention of stopping here. The same Justices that are intent on overturning decades of rights believe firmly in eroding our rights at work. The labor movement cannot be silent on this issue, because it is coming for us too.”